The owners lived about a 30 minute drive from the surgery thus Storm presented within a relatively short period of the initial injury.  The injury was caused by running under a wooden pole and him catching his back on a protruding nut.  The skin on the back literally peeled back and in the photograph (Fig 1.) The skin had been lifted back into place like putting on a coat. The peeled back area extended beyond the left edge of the photograph. 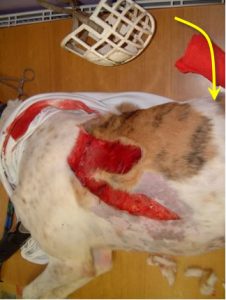 Fig 1 wound presentation The arrow shows the point to which the skin was degloved.

The wound was repaired under general anaesthesia 0.1ml Acetylpromazine 2mg/ml IM as premed and Thiopentone 2.5% IV to effect (15ml used) as a knockdown dose and anaesthesia was maintained with Halothane. There was 90 minutes of surgical time excluding the time taken for preparation of the wound for surgical repair which included clipping the area washing the skin margins with Hibiscrub surgical scrub followed by povodine iodine.  The open wound then bathed in sterile water with Homeopathic Mother tincture of Calendula (Marigold) at a dilution of 20 drops of mother tincture add to 100ml of sterile water. The wound was then sutured using mattress sutures to appose the edges as the patient had a history of tearing wounds open.  The large areas which were unattached to the underlying facial tissue were tacked down using single interrupted sutures to enhance the chances of reattachment.  A decision was taken not to insert a drain into the wound initially.

When wound repair was complete the patient Storm was given a single 15 drop dose of Homeopet™ Trauma®.  Antibiotic cover was instigated with a single 2.5ml intramuscular injection of Synulox RTU (Pfizer).  Maintenance of antibiotic cover was supplied by Synulox 250mg tablets (Pfizer) x15 at a dose rate of 1½ tablets twice daily.  The owner was informed of the danger of wound breakdown and the possible need to insert a drain.  A trial sample of HP Vet Cream was liberally applied to the entire affected area and the surrounding tissue close to the wound margin.  The owner was instructed to apply the cream to the affected area 2-3 times daily. 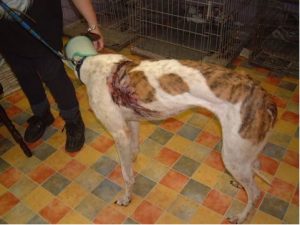 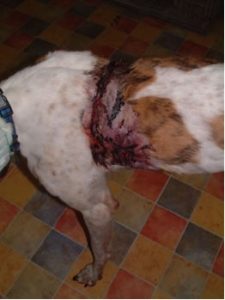 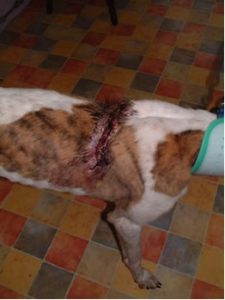 The patient had an uneventful recovery despite the degree of degloving and the extent of the wound and the previous history of the patient’s wounds breaking down.  The antibiotic cover was not extended beyond the initial 5 days and no analgesic or anti-inflammatory other than the HP Vet Cream was used. There was no wound breakdown nor was there any need for a drain in the wound despite its extensive size. Below is a photograph of the wound roughly 3 weeks after suturing at final desuturing visit. 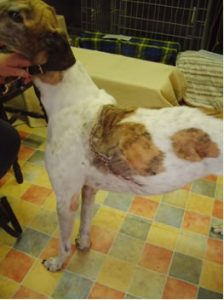 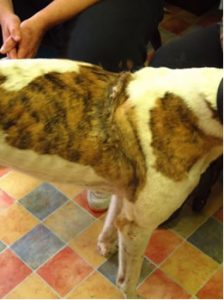 The owner Janette, who was a veterinary nurse who used to work for the RSPCA (Royal Society for Prevention of Cruelty to Animals), applied the HP Vet Cream to the wound initially three times a day gradually reducing to once a day after 7 days as the wound was healing so well.  Janette, had seen many similar wounds both during her nursing career and with the RSPCA, her comment on the healing was that in all the cases she had seen even with much smaller degloving wounds, which in many cases were much smaller and still failed to heal either as well or as quickly and more commonly healed only after a drain was put in or an area sloughed. 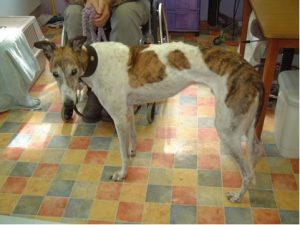 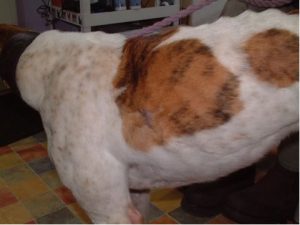 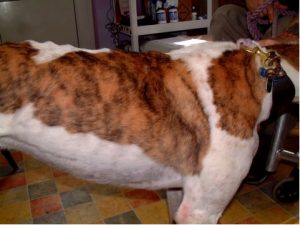 Storm had hardly a mark visible one year after the degloving injury.  He walked and played normally and healed completely with no side effect from the treatment what so ever.  The author would like to thank Storms owners for their permission to use this case, as he has unfortunately since been euthansed for aggressive behaviour toward other animals, which was a major problem in their multi-pet household.  Despite this the owners were very helpful in filling in the details of the case.  The author would like to thank Homeopet LLC for the provision of the HP Healing Cream used in this case.